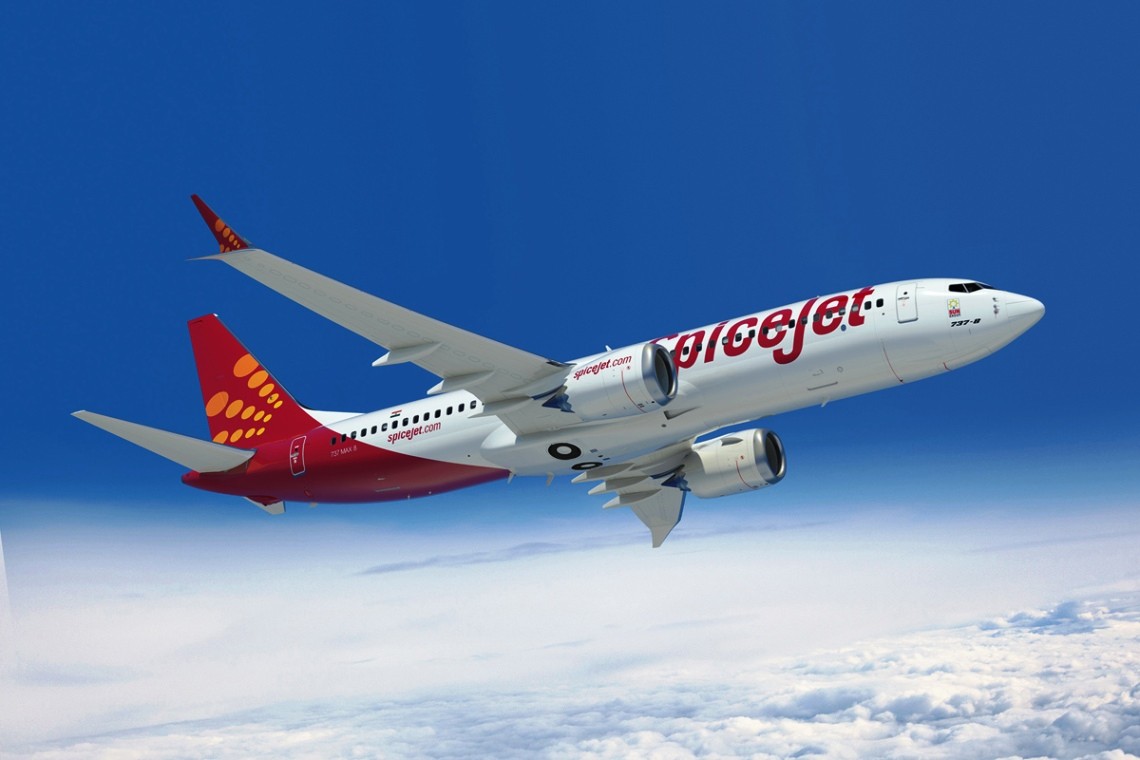 SpiceJet: Check-in at the airport

SpiceJet Permits one piece of free checked-in baggage of up to 15 kgs with Overall dimensions of 158 cm (L+W+H) per passenger, for all domestic flights.

Unless otherwise advised by SpiceJet, only one piece of Hand Baggage per Passenger will be allowed. The dimensions of the Hand Baggage should not exceed (L+B+H) – 55+35+25 cm totaling 115 cms (45 inches)on Boeing flights and 50+35+23 cm totaling 108 cms (42.5 inches) on Bombardier flights. The hand baggage allowance is 7 kg (which would include Laptop and duty free shopping bags) per adult and child (any passenger above 2 years of age). Strolley bags with the above specified dimensions will be allowed.

Articles, which may be carried free in addition to the Baggage allowance (subject to applicable security regulations), are:-

The dimensions of the checked-in baggage should not exceed 158 cm (62 inches) in L+W+H.

SpiceJet, originally Royal Airways, is an Indian low-cost airline based in New Delhi with its base at Indira Gandhi International Airport.The origins of SpiceJet lie in the Genius Leasing Finance and Investment Company, founded on 9 February 1984 by the Indian Modi Group, which also offered air taxi flights from 14 March 1984. After the deregulation of Indian air traffic, the company was renamed MG Express Ltd. in 1993 in order to start scheduled national flights in cooperation with Lufthansa. To this end, MG Express leased four Boeing 737-200s from the German company, which were used under the brand name ModiLuft. Lufthansa also provided technical and organisational support on site until the cooperation ended in 1995. In the following year, the company, which in the meantime had been renamed ModiLuft Ltd. ceased its flight operations, but was not dissolved afterwards.

In 2000, the resumption of flight operations was planned using the still existing Air Operator Certificate of ModiLuft. Scheduled flights were to be operated under the new brand name Royal Airways, but could not be started initially due to insufficient capital cover. After the financial problems were solved by an IPO in 2003, the company was restructured and renamed Royal Airways Ltd. in 2004. Entrepreneurs Ajay Singh and Bhupendra Kansagra bought the company in early 2005 and converted it into a low-cost airline before it began operations. The first scheduled flight took place on 24 May 2005 under the brand name SpiceJet. A year later, the company’s official name was also changed to SpiceJet Ltd.

In November 2014, it became known that SpiceJet was experiencing economic problems and that its existence was at risk. Several aircraft had already been returned to the leasing company since the beginning of the year. In mid-December 2014, the situation worsened as flights were cancelled due to a lack of fuel.

At the beginning of 2015, Ajay Singh, who had left the company in the meantime, took over the majority again and provided the airline with new capital amounting to 209 million euros. With the sale of the 15 De Havilland DHC-8-400s, the fleet is to consist only of Boeing 737s in future and thus concentrate on India’s major cities.