Pegasus Airlines is a low-cost airline in Turkey and began its work as a charter company. In 1992, the Pegasus Airlines has already become one of the best Turkish airlines.

When Pegasus Airlines changed hands in 2005, its focus changed from a charter airline to a budget airline. Two years after that, the low-cost carrier Pegasus Airlines has already become the largest non-state Turkish airline.

Despite the fact that the Pegasus Airlines low-cost airline has taken a leading position among the leading airlines, introducing new aircraft models and innovative technologies, it has managed to maintain the proud title of a low-cost airline.

The maximum capacity of the Airbus A320 is 186 people. This is one of the most popular aircraft in the world, since in the manufacture of this particular brand of the vessel, an electric remote control system and other innovative technologies were used.

The maximum capacity of the Boeing 737-800 is 189 people. The low-cost airline uses 2 models of this brand for air transportation — with a capacity of 198 passengers and — 189. These models are designed for passengers flying in economy class. Despite this, the distance between the seats is quite large, and passengers will not experience inconvenience, as is the case with charter companies.

Online check-in for Pegasus Airlines domestic and international flights starts 7 days and ends 60 minutes before departure.
In order to check in your family and your traveling companions, you will need to provide their booking code.
You will have to pay extra to select seats during the check-in process. However, if you want to sit next to your family and friends during the flight, then it will be worth it.

Check-in at the airport for a Pegasus Airlines flight

Those passengers who fly only with hand luggage can go through automated check-in.
On the touch screen of the registration machine, you need to select the necessary parameters, and after that you will see a message that your registration has been successfully completed.
Kiosks for automatic check-in are available 24 hours a day. You can register immediately and there and back.

Rates Basic Essentials Advantage Comfort Flex Domestic flights/Cyprus Not available on domestic flights 15 kg 20 kg 20 kg International flights 0 kg 20 kg 20 kg 20 kg
The airline is not responsible for the transportation of fragile items, for scratches, dents, broken off luggage handles, etc. Therefore, you should bear this in mind before flying. It is best to take only clothes into the luggage compartment, as everything else can be beaten and the airline will not compensate for the damage.

Where the Pegasus Airlines flies in Turkey 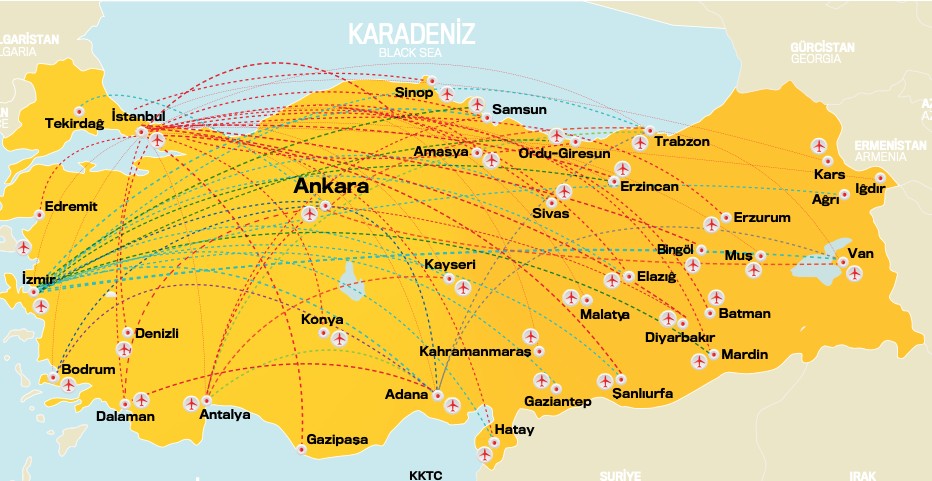 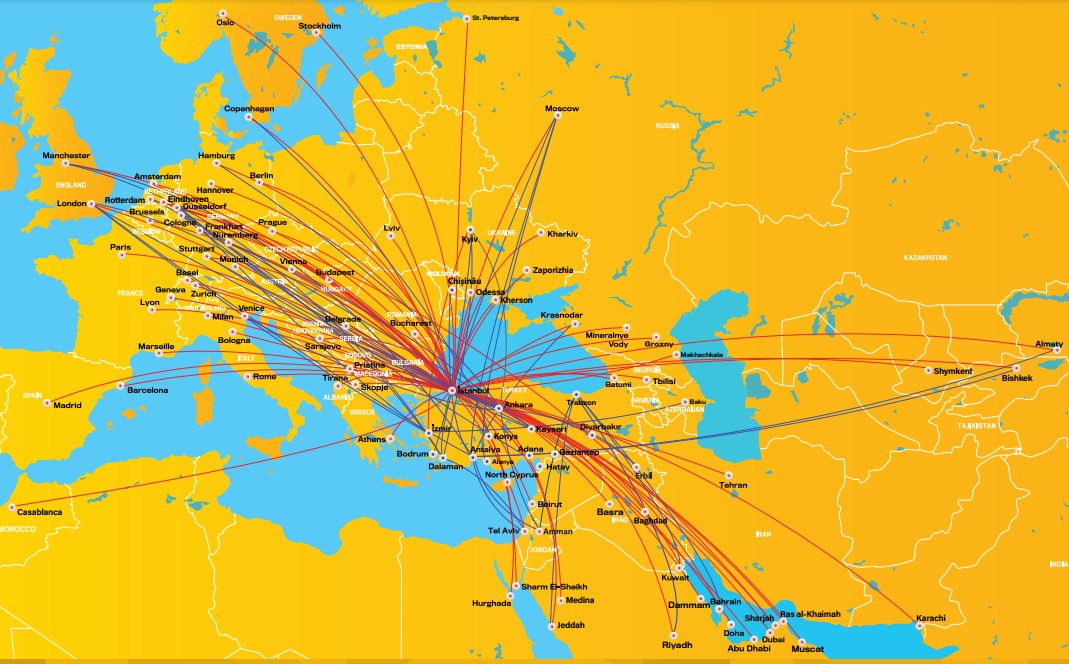 Which countries and cities does Pegasus Airlines fly to

The Pegasus Airlines can be used for low cost flights in Turkey, Europe and the Middle East. The low-cost airline operates flights to 36 points within Turkey and 88 points around the world, the route network includes 124 destinations in 47 countries.

By 1992, tourists were returning to the country, and Pegasus began to grow with the commissioning of the third Boeing 737-400. Later, the airline leased two Airbus A320 aircraft to operate during the summer peak time.

On September 4, 1997, Pegasus placed an order for one Boeing 737-400 and one Boeing 737-800, thus becoming the first Turkish carrier to order a Boeing 737 Next Generation. The airline also entered into leasing agreements for ten Boeing 737-800 aircraft with International Lease Finance Corporation.

In January 2005, ESAS Holdings bought Pegasus Airlines and appointed Ali Sabanci as its chairman. Two months later, the acquired airline was reorganized from a charter airline to a budget one. In November 2005, Pegasus placed an order for 12 new Boeing 737-800s.

In 2007, Pegasus became the largest Turkish non-state carrier in terms of passenger numbers. In 2008, it carried 4.4 million passengers.

In 2012, the airline acquired forty-nine percent of the shares of the Kyrgyz airline Air Manas. On March 22, 2013, Air Manas operated its first flight under the brand name Pegasus Asia. In 2015, the airline became an independent brand. On September 12, 2019, the Board of Directors of Pegasus Airlines decided to sell its 49% stake in the private Kyrgyz carrier Air Manas. On the same day, Pegasus entered into an agreement with the Irish company Avia Trade Corp. LP, which is now the co-founder of Air Manas.

Pegasus Airlines achieved a turnover of 691,100,801 TL in the first three months of 2016, increasing its sales revenues by 19 percent compared to the same period of the previous year.

In October 2016, Pegasus Airlines announced its intention to lease three of its vessels, confirming a significant downturn in the air transportation market.